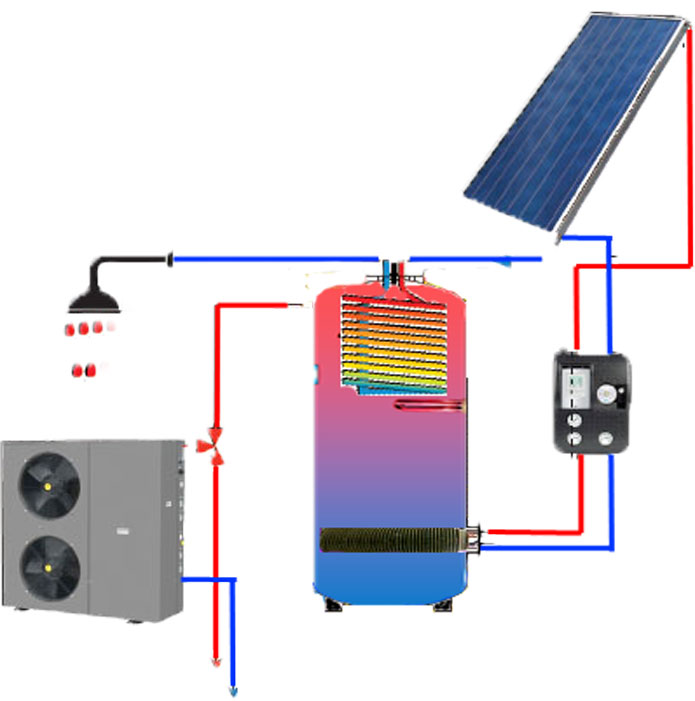 the gds solution is based on predictive mathematical consumption models and also takes advantage of the stratification of the container.
it is not interested in the average temperature of the container as the main operating parameter but in the rate at which the solar collector supplies energy to the container. it achieves this by measuring the temperature difference between incoming and outgoing water in the solar exchanger.

a mathematical self-adjusting forecasting model, calculates what the demand will be in the next period of time and gives priority to the panels. when it calculates that the energy will not be sufficient for the estimated time period, it complements from the alternative sources based on their efficiency curve.
this method really drains the energy from the solar and minimizes the use of energy sources.
the solution works for conventional installations as well as automation installations with knx.