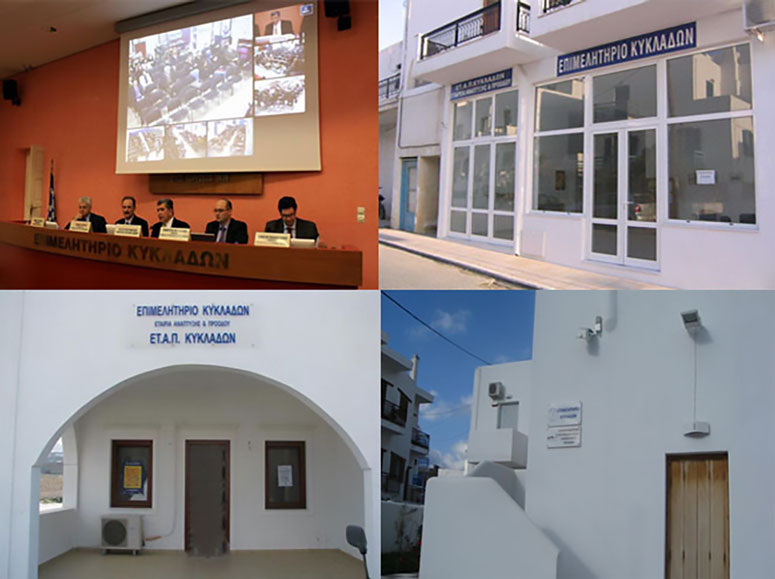 The installation concerns a distributed installation in all the islands of the Cyclades
Each island has an office and a presentation room
In each island is installed:
Lighting control system
Giant screen projection system
Projector system with video projector
Audio listening system
Audio speech system with space microphones
Data network
Call center

In each of the islands of the Cyclades, anyone can go and make a presentation. – A speech
The control center in Syros, or locally each office, can handle all the buildings as if it were a single room
Thus, the lights dim at the same time, a projection appears simultaneously on all screens and someone who wants to speak from the audience, sounds in all the Cyclades as if they were in the same place
People in the translation booths of Syros, can translate simultaneously in 3 additional languages ​​and people in any space can listen to the translation using an individual wireless device

A workstation, established in the days of the slow Internet and based on Hellasat connections, later on a private mobile network and of course today on the Internet as we all know and operate it.