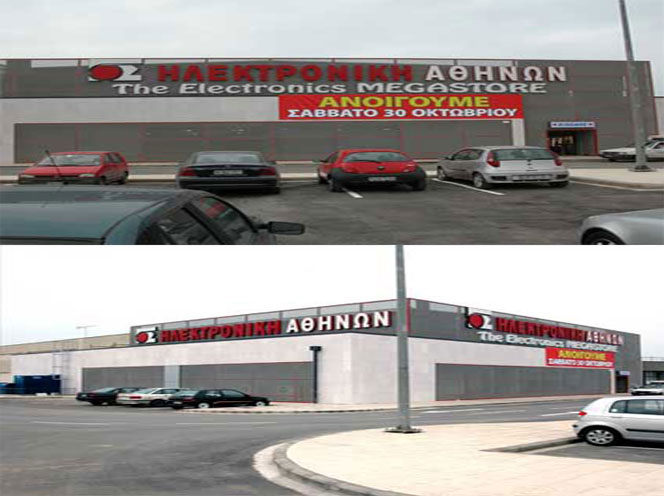 4 stores were built in Athens and Thessaloniki
Checked:
Lighting
Air conditioning
What was special about these constructions was that the architect thought of implementing a visual effect that would give the impression from the outside that the store was “breathing”.
So GDS designed a specialized controller that implemented the idea of ​​the architect and special dimmers that sometimes lead LED lights and sometimes fluorescent lights which are dimmed by the method of tuning.