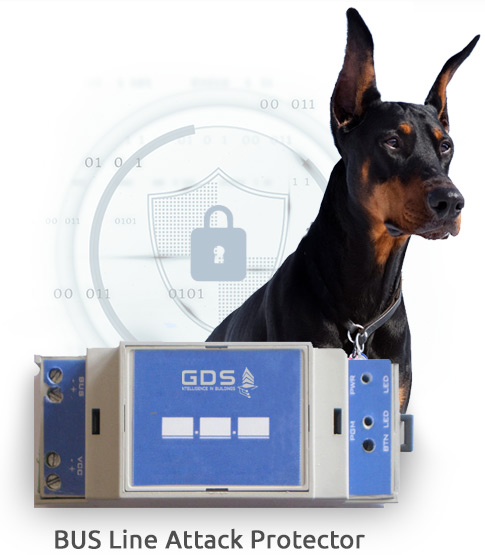 KNX devices are programmed according to a protocol defined by the KNX organization and the only programming tool is the KNX ETS program. Any KNX connoisseur can access building programming simply by plugging in a wall switch. Thus, malicious actions can occur especially in hotels or rental homes.

The device detects the attempt to reconnect for programming with a KNX device on the network and terminates the connection immediately. What the operator trying to program will see is a communication error caused by the ETS program failing to perform any programming or deleting action.
The device is configured to send a telegram to a group address to notify the event.
The device is activated and deactivated via the bus, with special GDS software. The communication protocol with the device is hidden and unrecognizable by any bus monitoring program. Thus, activating / deactivating is a safe process.

The device is not sold to technicians and the general public. It is installed only on GDS projects or on projects that GDS is required to install itself.