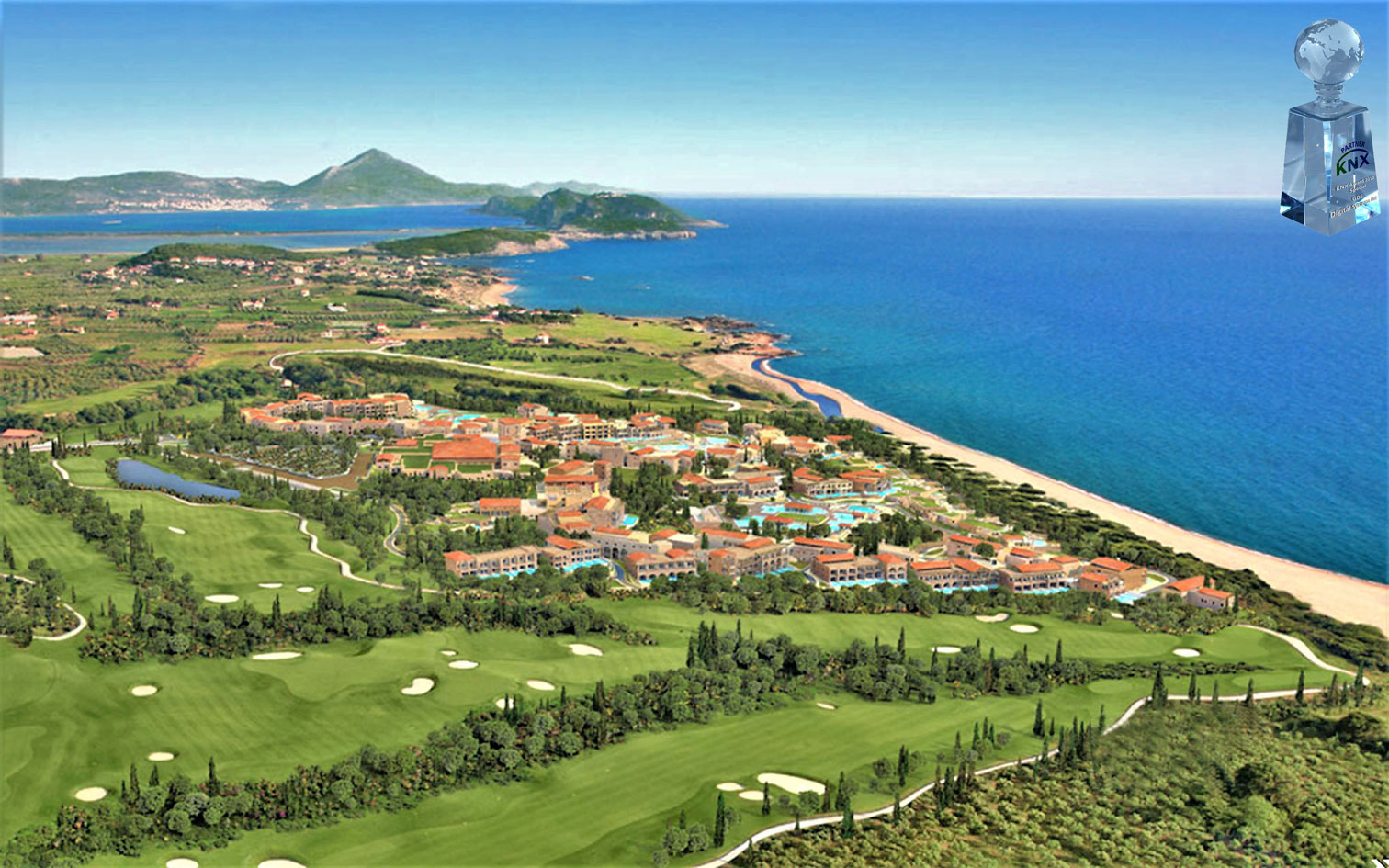 The largest KNX installation ever.
It is 3 times more than the possibilities offered by a KNX system.
To achieve the implementation, GDS extended the KNX specifications to the physical level (cables)
It also created a new Ip islands architecture logic that allowed the virtually infinite expansion of KNX capacity
The implementation of the interconnection network is a miracle of application of the mathematical theory of graphs, since it was implemented with the application of this theory.
The builder of the project (AKTOR) gave the possible routes of the cables and the possible places of placement of the panels.
With this data and based on the extended KNX specifications we created and took the responsibility to implement,
we solved the network interface algorithmically. After the mathematical model was created, we programmed it into the computer which produced the best way to connect based on the shortest path traversals algorithms we used. The result had a positive effect on both the cost of construction and the scalability of the system.
GDS was rightly awarded the first KNX International Award in 2010 for this achievement.